Newly released data reveal stark regional disparities in the situation of children and women across Thailand.

While the data show some positive developments in children’s well-being in the southernmost provinces, children living in the region remain disadvantaged in key areas such as nutrition, immunization, early childhood development, basic learning skills and secondary school attendance. For instance, in three of the southernmost provinces, around 23 per cent of children under 5 are stunted or have a low height for their age. These rates are almost double the national average of 13 per cent.

The provincial-level data of the 2019 Multiple Indicator Cluster Survey (MICS) for 17 priority provinces were released by the National Statistical Office (NSO) and UNICEF-Thailand, highlighting inequities faced by children. The newly released data follows the national data that was launched last year, revealing the situation of children and women in the most disadvantaged provinces.

On 30th March, 2021 a virtual seminar was organized at the Southern Border Provincial Administrative Center (SBPAC) in Yala Province, in collaboration with the NSO and UNICEF, to share the latest data on children and women in the southernmost provinces where prolonged unrest situation continues due to an ongoing conflict.

The event was attended by Ms. Kanokrat Keuakij, Assistant to Secretary General, SBPAC; Ms. Wanpen Poonwong, Director-General, NSO; and Ms. Kyungsun Kim, Representative, UNICEF Thailand. The presentation of the survey methodology and key findings were followed by a panel discussion among representatives from the regional education office, academia and SBPAC on the value of having provincial-level data to inform policy and the key issues that need to be tackled based on the latest data and trends from past data.

Broadcasted via UNICEF Thailand’s Facebook page, the event attracted almost 2,000 viewers to date, including participants from youth groups, civil society organizations working on gender issues, as well as local government officials. The data will continue to be disseminated widely and used to highlight the geographical disparities at the national level, as well as for planning and monitoring at the provincial level. 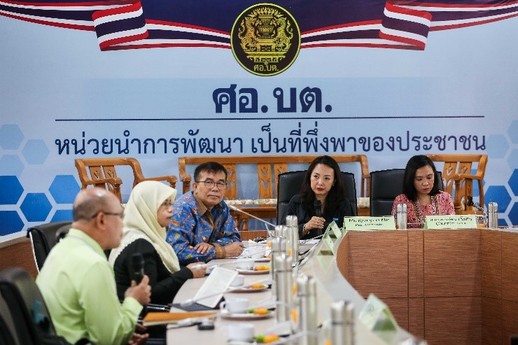