The country has made great strides in the areas of health, nutrition, WASH, education and child protection.

A great deal of progress has been made in improving children’s lives in Bangladesh since the last Multiple Indicator Cluster Survey (MICS) in 2012-13. However, more needs to be done if the country is to achieve the goals set out in the 2030 Agenda for Sustainable Development. New findings from the Bangladesh 2019 MICS show that more needs to be done if Bangladesh is to achieve its ambitious UN Sustainable Development Goals (SDGs) by 2030. Bangladesh has made great strides in the areas of health, nutrition, water, sanitation and hygiene (WASH), education, and child protection. The 2019 survey, conducted by the Bangladesh Bureau of Statistics (BBS) and UNICEF Bangladesh Country Office, collected data between 19 January and 1 June from 61,242 households and the results from the survey provides in-depth and statistically reliable data from across all 64 districts. 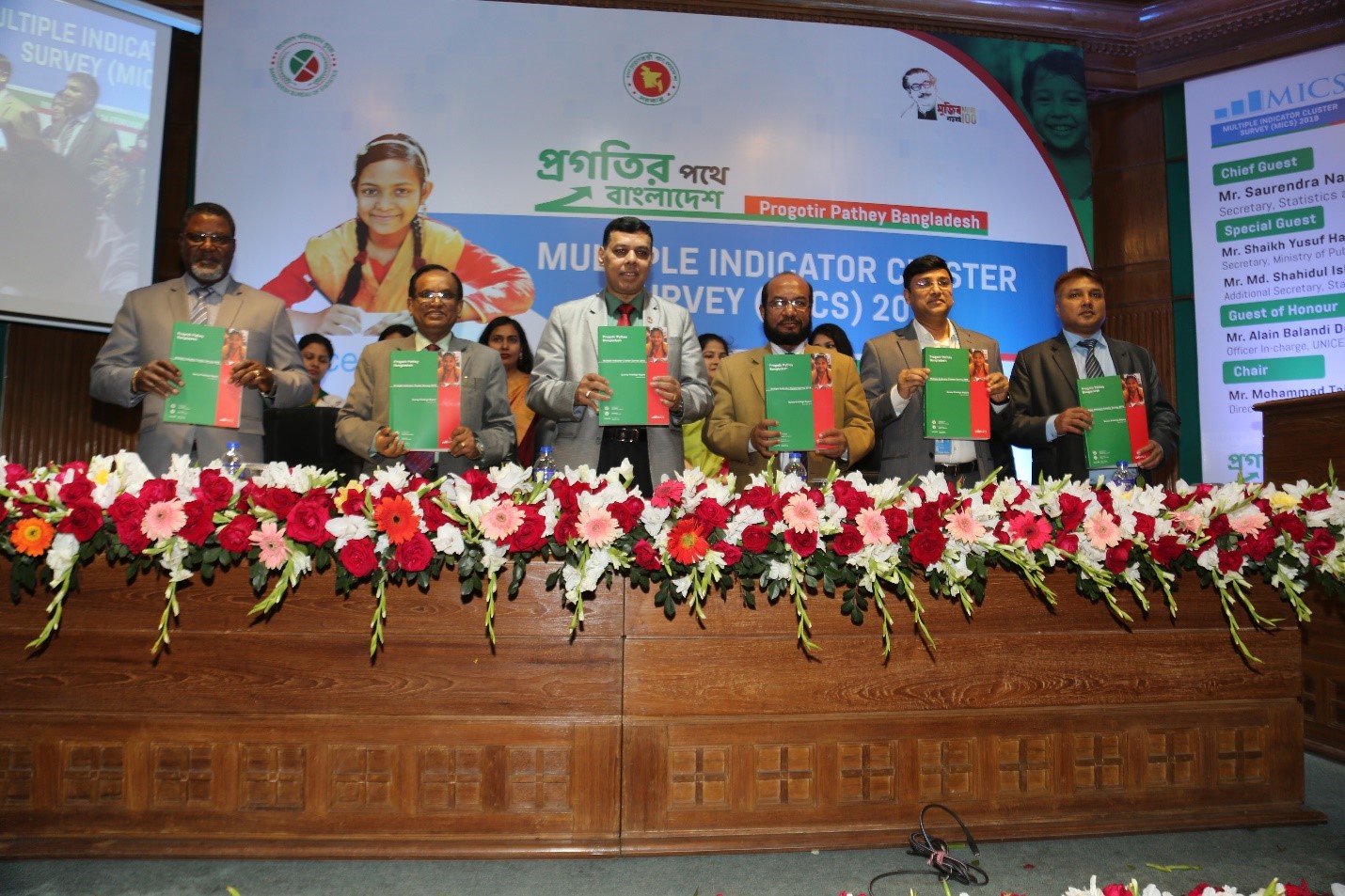 One of the most positive developments was a sharp decline in chronic malnutrition as measured by stunting levels, which fell from 42 per cent in 2013 to 28 per cent in 2019. All child mortality rates (neonatal, post-neonatal, infant and under-five) have also seen a downward trend in Bangladesh over the last 30 years, according to the 2019 survey findings.

More rapid “progress with quality” is required for Bangladesh to continue as a thriving middle-income country. Issues such as the quality of education, access to drinking water, the battle against child marriage and violence against children continue to be highly critical protection issues. Child disciplining also remains alarmingly high -- six out of ten children under 15 years of age are subjected to some form of physical punishment by their parents or other caregivers.

It is critical to break gender stereotypes and transform social norms that perpetuate gender inequality, Bangladesh cannot wait to invest in its children and youth if it is to reap the benefits of the demographic dividend. The country has only 11 years to go before this unique window of opportunity closes. It is essential to increase investment to strengthen systems and to build structures and capacities to accelerate the SDGs in Bangladesh.

Key findings at a glance:

If you are not registered yet, please register here.