THE HEROES OF DATA COLLECTION 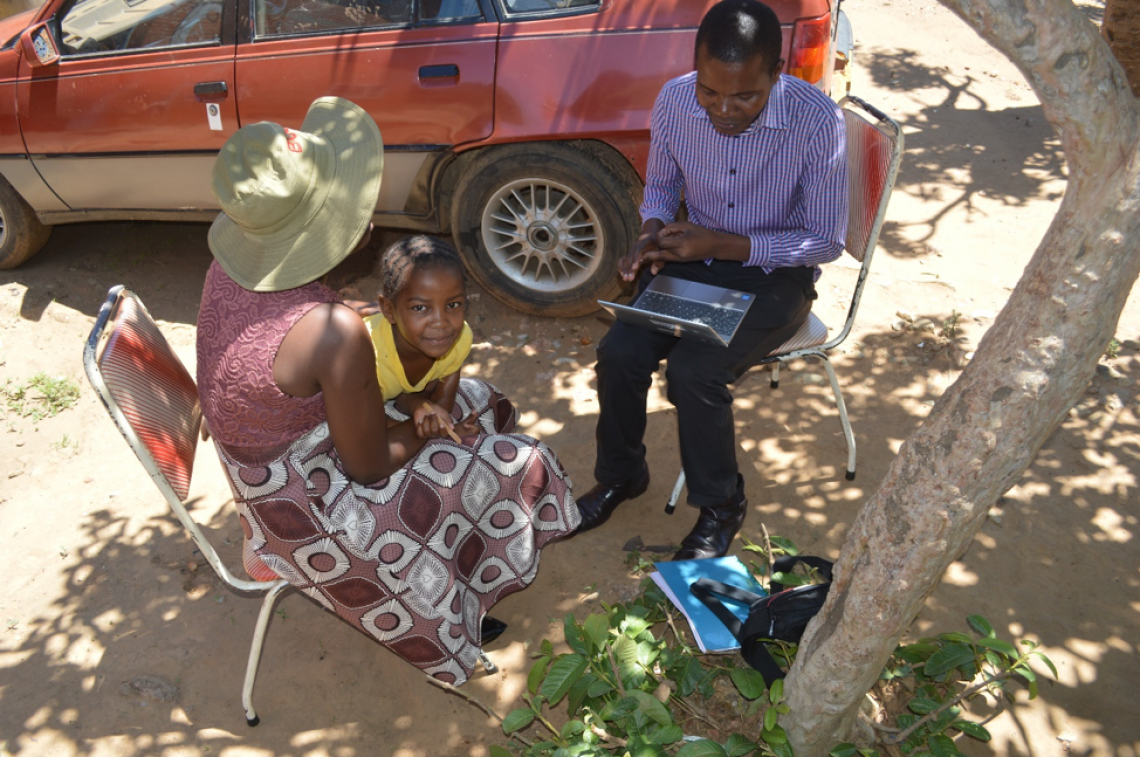 Harare, Zimbabwe – Zimbabwe recently launched the results of its latest Multiple Indicator Cluster Survey (MICS), becoming the 14th country to complete and release the sixth round of this comprehensive data set on women and children.

The hard work of dozens of enumerators across Zimbabwe led to the success of the MICS data collection, which was conducted from January to April 2019. The Zimbabwe National Statistics Agency, ZIMSTAT, with the close support of UNICEF Zimbabwe, gathered data on key indicators on the well-being of children and women. These data – which cover topics ranging from health and nutrition to education and home environments ­– help shape policies to improve the lives of Zimbabwean women and children. The information will also go a long way in monitoring and evaluation of development interventions that government and development partners are undertaking.

Behind this important step forward are the hard-working, dedicated women and men who conducted the fieldwork. Many left the comfort of their homes for three to four months to collect the necessary data.

The fieldwork teams’ daily morning routine looked something like this: Wake at dawn, boil water for bathing, prepare breakfast and leave for the field. Sleeping quarters included thatched huts, classrooms and health clinics. Many days were spent trekking along rivers, across mountains, and through valleys and forests to access households in hard-to-reach places. Enumerators walked distances of up to 8 kilometres, sometimes unsure of exactly how far away the next household was.

“It was difficult,” said Mathimise Hlekani, a team leader, adding, “But we had to be strong. That is the job.”

ZIMSTAT and UNICEF Zimbabwe kept daily contact with the teams and ensured their safety concerns and daily needs were promptly addressed. Due to the physical demands of the fieldwork, team members motivated each other. Those who grew tired and could not keep up, one enumerator, Lizy Nyika said, would shout and those in front would shout back to keep track of one another.

Innovation in the face of challenge

With modern-day tools like mobile phone connection or GPS unavailable, data collection teams had to rely on simple but innovative communication techniques. This sometimes meant using a stick to write the word “MICS” and an arrow in the ground or tying pieces of cloth or plastic to a tree to indicate the route for fellow team members.

The fieldwork also coincided with Cyclone Idai, which killed hundreds in the region and left a trail of infrastructural destruction. Many remote areas became inaccessible by car, and using bayonets to cut bushes and create “a road” became a necessary skill for some of the data collectors. One recalled an instance where in the middle of an interview, the hut collapsed from the heavy rains.

The challenges proved instructive to many team members, who described the efforts as a learning curve that provided invaluable information and skills. Enumerators also credited the supervision of ZIMSTAT national supervisors, MICS Technical Committee members and UNICEF Zimbabwe, who played a critical role in ensuring the data were of reliable quality.

This is an edited version of an article first published on 15 December 2019 on UNICEF Zimbabwe’s website.