MICS FOR A BETTER FUTURE IN SURINAME: KEY FINDINGS RELEASED

Suriname releases the survey findings report from its 2018 MICS survey, making it the first country in the region to release its MICS6 findings. 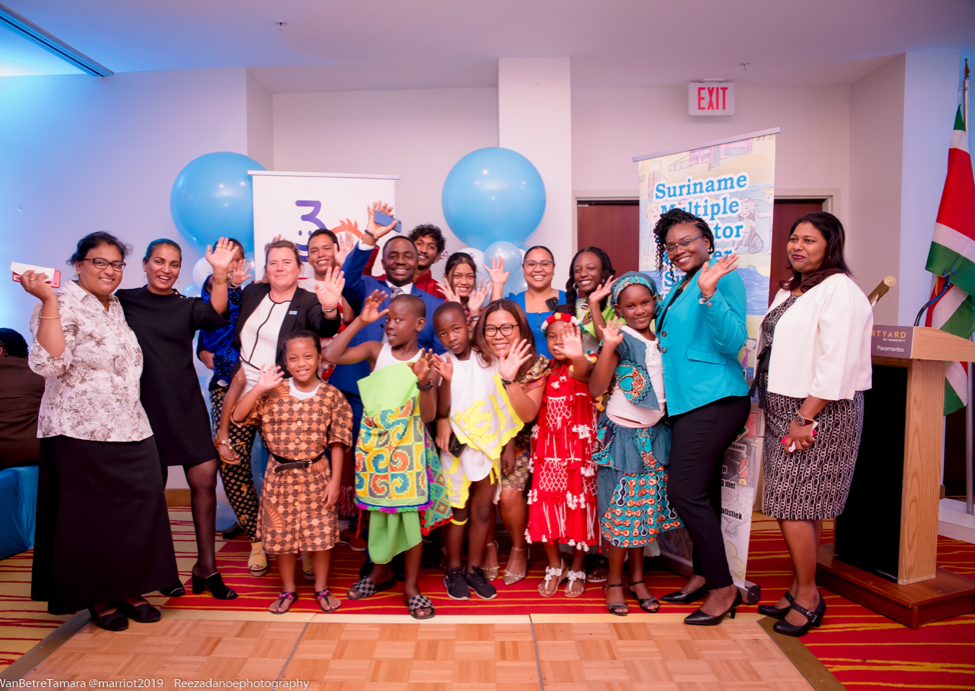 Children, government officials and UNICEF representatives gathered in Suriname’s capital city of Paramaribo to mark the release of the 2018 Survey Findings Report (SFR), which details the results of the country’s latest Multiple Indicator Cluster Survey (MICS). The successful launch of data – the most comprehensive picture of the situation of Surinamese households to date -- is largely due to robust national ownership and commitment. The SFR’s publication makes Suriname the first country in Latin America and the Caribbean to release its MICS6 findings.

Given Suriname’s current economic challenges and the fact that the national elections are less than a year away, the lead ministry’s significant financial investment in the survey comes as a notable victory for children and a marker of national commitment to better protecting them. Bolstered by a strong partnership with UNICEF and the agency’s continuous advocacy, the Government’s support of the survey also marks a step forward for public expenditure in support of evidence generation, a key component for accurate, reliable monitoring of the Sustainable Development Goals.

The MICS6 process and SFR launch, which celebrated the slogan ‘Measuring=knowing=improving, MICS for a better future’, demonstrate several valuable lessons that are applicable in other national settings, including those undergoing political uncertainty. In Suriname, government ownership and leadership from the onset of the process proved vital. This was in part to due to the effective partnership with UNICEF, which participated at both a country and regional level. UNICEF was able to successfully navigate sensitive issues and guarantee the overall quality of the survey, while also giving partners the space and confidence to lead.

To do this, UNICEF shared information with key national stakeholders, making sure they understood it and were able to transfer this knowledge and expertise to their network. This knowledge sharing included awareness and promotions targeting the general public, flexibility (from all parties), good partnership, and continuous, regular and timely follow up to prevent slowdowns during the MICS process. UNICEF efforts created a country-first process that was experienced as capacity building rather than top-down management, including preparations for the survey itself. Involvement of the UNICEF Regional Office and Headquarters, via the Data & Analytics Section, resulted in the best available technical support while maintaining an environment that acknowledged and respected the national expertise and experience at the table.

The MICS 6 was the fourth to be conducted in Suriname (2002, 2006, 2010, 2018). Notably, this round implemented the Individual Men’s questionnaire, which provided detailed data that have been lacking on men’s role in households and parenting. Furthermore, water quality testing was a part of the survey for the first time, creating important information on the situation of water and sanitation.

Another unique feature of the MICS6 implementation was interviewers’ use of tablets to collect the data in the households (CAPI). This resulted in better quality data, improved efficiency and faster data processing. The MICS CAPI experience has since been replicated by national institutes.

“There is still an exciting path ahead of us,” said UNICEF’s Country Representative to Guyana and Suriname, Sylvie Fouet, at the launch of the SFR. “I would say this is not reaching the end of the MICS process, but that the real work starts now. As next step, the dissemination of the findings customized to the needs  of  different stakeholders, coupled with the utilization of the data for policy formulation, programme interventions, reporting and analysis is one of the critical undertakings. The data enables us to see where the deprivations and inequalities are. This gives us clear entry points to reach to most vulnerables in the society." 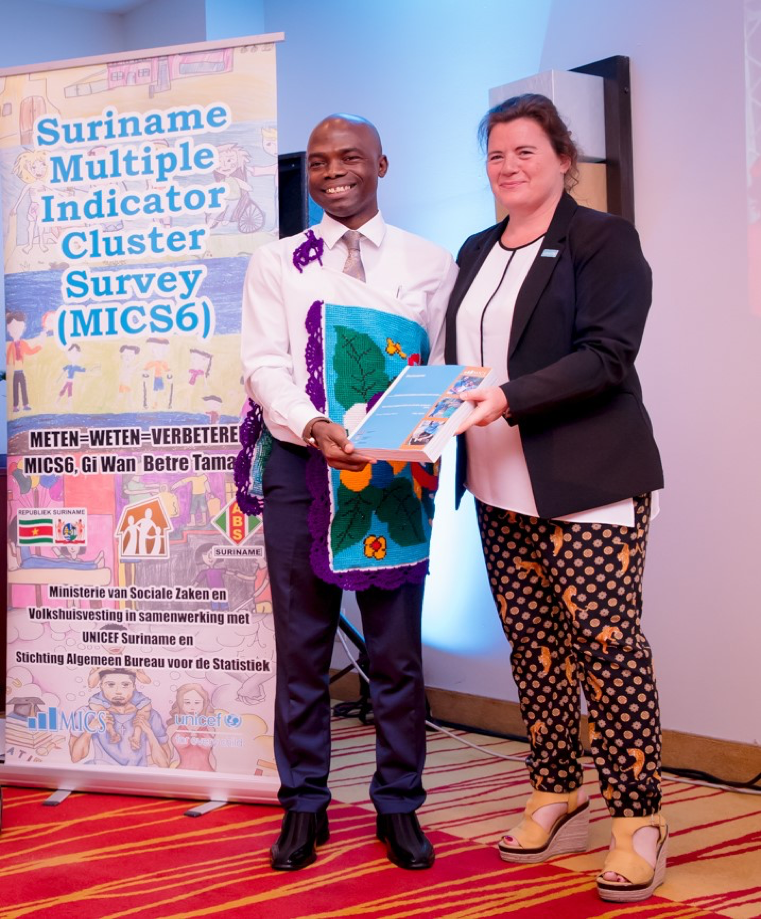